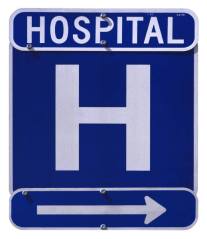 I’ve been virtually absent again the last couple of months.  I’m trying to catch up now and to start finding time for what I had planned to do, after a period of reacting to events.  I’ll use this post as a way to catch up my correspondence.  I’m sorry if I’m late replying to anything you sent me.

After Glenn’s death last Summer, I started looking for places to live in Point Marion, Pennsylvania, where my parents are in assisted living.  My sister has been looking after them almost single-handedly for the last couple of years, and I wanted to move closer to lend a hand.  I was going to take my time settling my and Glenn’s affairs in Baltimore, and gradually make the move.

I looked at a number of places in September, none of which worked out.  My plans had to be abandoned after October 8th, when my father suffered a heart attack and had a stent placed in one of his arteries.  He was told that after his discharge, he would need to go to cardiac rehabilitation three times a week for three months, so I had to find housing right away so I could be there to drive him.  I’d hoped to be within walking distance of my parents’ home, but had to take a year’s lease on an apartment in Morgantown, West Virginia, about five miles away.

I was able to get back to Baltimore for a retreat the last weekend of the month, then my sister called me Monday morning to say my mother was in the hospital this time.  During the course of her stay, she developed congestive heart failure from IV fluids, and was in for 11 days. She came home on a Friday, and when I went to pick up Dad for rehab the following Monday, he said his chest hurt. He had another heart attack, and had two more stents placed.  He’ll see his cardiologist this week, then hopefully will be cleared to start rehab again.

During the course of all this, we also had hospitalizations of my niece and my nephew, knee injuries to my sister and brother-in-law, three hospitalizations in my brother-in-law’s family, and one in my sister-in-law’s.  I lost track of how many trips I made back-and-forth from Baltimore.  In brighter-but-also-time-consuming news, I started working at freshmeat (now Freecode) part time again in September, and have had to keep a more regular work schedule than my freelance jobs require.

This is the first week I’ve started to catch my breath, and the first time I’ve brought enough furnishings back that the apartment feels like a home.

I may have to give up our house in Baltimore. I had hoped I’d be able to keep it for a year or two and move on when I felt ready, but all these crises have set a different pace.  When I saw I’d have to leave quickly, at least for the Winter, I hoped to rent it furnished as it is so that I could come back to it someday and it would still remind me of Glenn, but everyone I’ve talked with says that people who rent houses in our area expect them to be completely empty so they can move their own things in.  Using a housesitter like we did in 2010 wouldn’t help pay my West Virginia rent, and would just leave me worrying about what’s happening back there.

It’s looking as though, whatever I do, everything of Glenn’s will have to go, and I may just sell the house if all I’d have is an empty shell to come back to, with Glenn’s fingerprints scrubbed clean. If it won’t have any strong ties to Glenn, it’s starting to feel like one more thing to worry about.  I can’t afford (in time, money, or worry) to maintain the apartment in West Virginia and the house in Maryland, so I need to be at the one and somehow settle the other.  I’ve brought enough bits and pieces of home to West Virginia that it will hopefully feel comfortable and familiar, and I’m making arrangements with Glenn’s friends to walk through the house and pick things they’d like to have as mementos of him.  At least I’ll feel better knowing that if the house had to be left so suddenly, his things weren’t just thrown away, but moved to where they’ll prompt smiles and memories for people who loved him.

The other house news is that, after a year and a half on the market, my parents’ home went to closing last Wednesday.  We might have hoped for better timing so I didn’t have to tell them about it over Thanksgiving dinner, but can be glad it’s finally off our minds and being enjoyed by a family once again.

I hope I’ll have time now for some of the things I promised to do.  In the meanwhile, I’ll spend the holiday giving thanks that the phone hasn’t rung and I haven’t seen any ambulances rolling down the Point Marion road.  I hope all’s quiet and peaceful with you.

One thought on “Where I’ve been”